The Langside League runs two cup tournaments in each season: The Southern Trophy and The Henderson Cup. A knockout tournament is drawn at the beginning of each season and cup finals take place on the final week of the season, usually the last week of March at the National Badminton Academy in Scotstoun.

The cup finals of 2021-22 took place on Thursday 6 April at Duncanrigg Sports Centre in East Kilbride.

Elsewhere in the Henderson Cup, it was an all-Orchardhill affair as the A and B teams met each other for the first time this season in a close battle. A number of three-enders also took place, but with the A team claiming victory with a 5-1 win.

The cup finals conclude the 2021-22 season, and plans are underway for next year already. 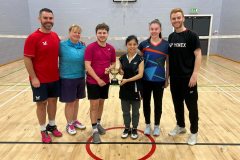 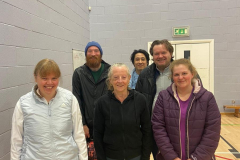 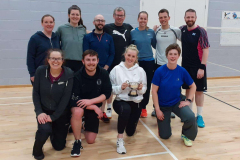